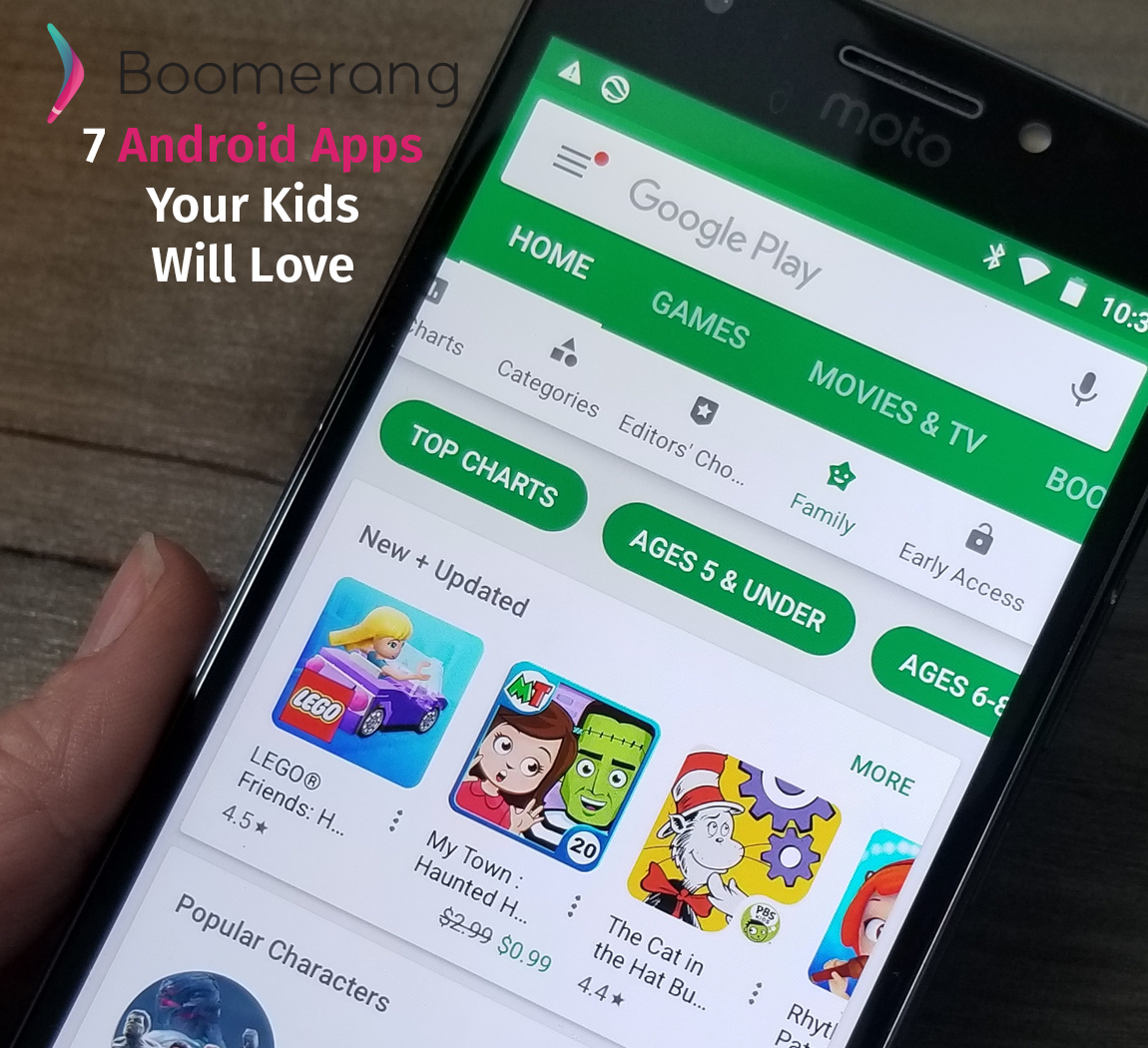 The Google Play Store is home to thousands of apps, hundreds of thousands of apps in fact. With so many to choose from, it can be difficult to decide which apps you should allow your kids to download, and which ones to avoid. Many parents just want to know a few apps to get their kids started, without doing a ton of research. So we decided to do the research for you, and list our top 7 apps that we give you the green light download.

Although YouTube Kids isn’t quite perfect yet (some inappropriate content can slip through the cracks), for the most part, it’s a very locked down environment that can still allow kids to browse videos. I definitely feel safer when my child is browsing through YouTube Kids instead of the standard YouTube app. The interface is also great and has ads that are approved for kids. If you want an ad-free environment, a YouTube Red subscription on a family plan can help eliminate them completely.

There are a ton of different games from beloved PBS characters packed into this app. Your kids won’t get bored too quickly since there is so much to choose from. Since it’s made by PBS, you know it will be entertaining as well as educational.

A great introduction to social media can be found within the walls of Animal Jam. Kids can customize their characters and chat with other kids within the game. The chat is filtered and will not allow inappropriate words through, but some people have found ways around it. It doesn’t happen often, but just be aware of who your child is playing and chatting with when playing Animal Jam. Most kids have a lot of fun with the program.

Still, as popular as ever, Minecraft has been described as LEGOs on the computer. You are able to build an entire world with all sorts of element blocks like bricks or grass. You can play in Creative mode to just let your imagination run wild, or Survival mode where you have to battle with creepers and such. Kids can also play offline on their own, or go online and play with a few friends.

Many best Android apps lists for kids will include at least one app from Toca, and for good reason. They have created a whole slew of games that are fun to play, look great, and many are even educational like Toca Lab: Elements. This app is a great way for kids to learn the Periodic Table of Elements in a fun and easy to understand game.

Taking its name from the Rube Goldberg devices, the Rube’s Lab app offers various physics puzzles you can solve with many common items. As you advance through the levels your puzzles will get increasingly harder, and you may need more tools to complete the puzzle. They do offer some help from Rube to get you through them if you need it.

There are a few apps from Lightbot, including a Jr. version that is perfect for really young kids. The app will help kids understand coding concepts to get them ready for real coding games like Scratch. I love that you have a clear goal with each level that really helps them understand how to put these code blocks together to pass the level.

Most of these apps can be used offline, which also makes them perfect travel companions as well. Once you have them downloaded, it’s a great idea to block the Google Play Store with a parental control app like Boomerang so your kids don’t keep looking for new apps to download all the time.