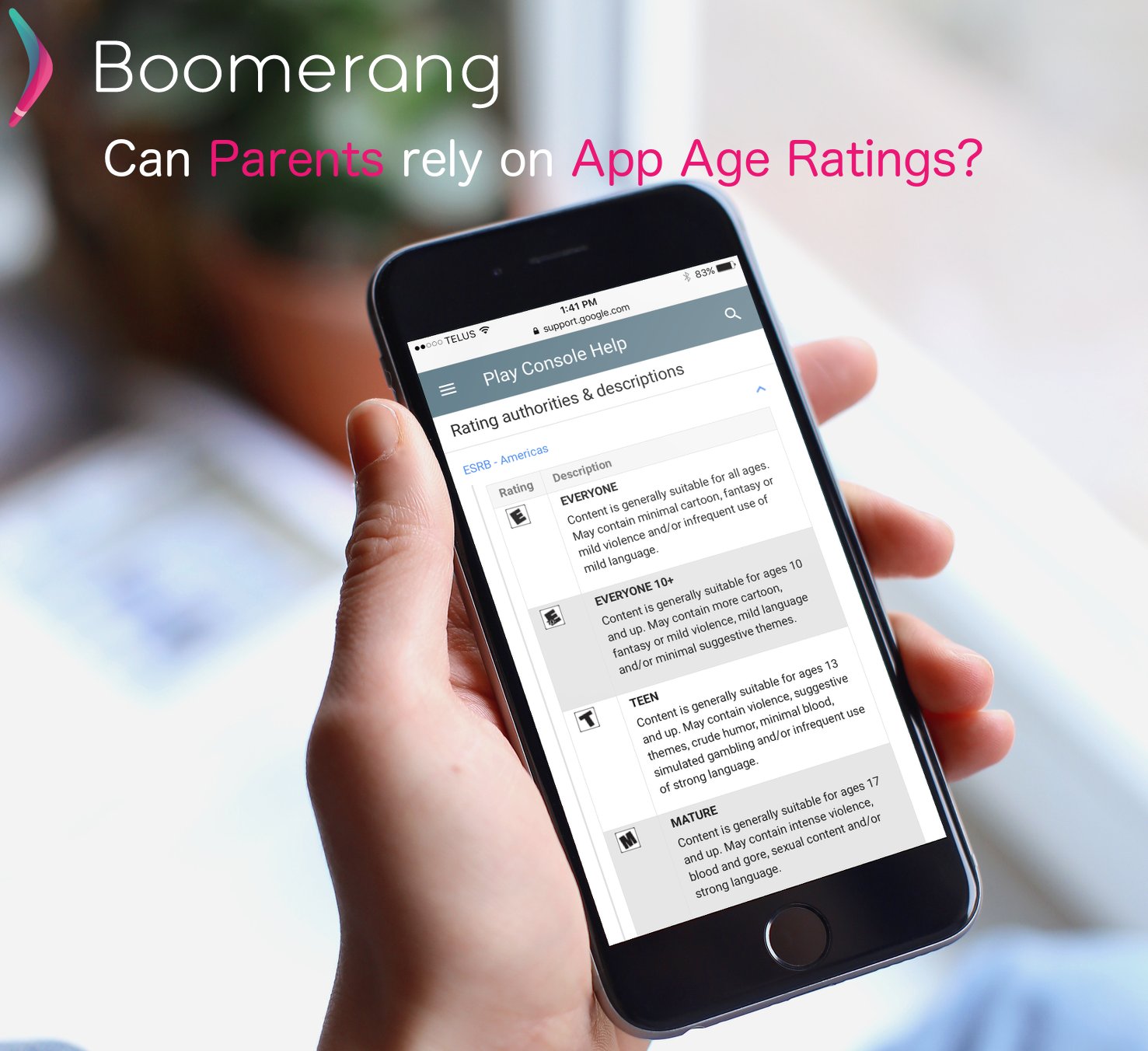 Parents must do more than rely on the age rating of Apps! Gun Camera 3D is an augmented reality game rated 10+ on the Google Play Store and 12+ on the Apple Play Store and I would definitely not my 14 year old play this game where the objective is to choose a military grade assault rifle and shoot real-word objects.  Just not the kind of digital citizen that I want to raise.

I found out about Gun Camera 3D just today from a Boomerang Parental Control Customer and here’s my reply:

So today, it is really a balance between allowing the freedom to install Apps or to Block Apps and then have a family Sunday Install Hour where you sit down with your son and discover and install “good” Apps together.”

Other App ratings also need to be vetted by parents. Take Snapchat, which is rated 12+ yet you have to be at least 13 in order to agree to Snapchat’s terms of service.  And if you are younger than 18, then the Snapchat terms of service state that parent permission is required!

Here’s what Apple’s rating states this about Snapchat:

Now, based exclusively on the Age Rating of 12+, a parent might think that Snapchat is for 12 year olds. Personally, I would love it if Snapchat was rated PG-13 just like a movie would be as that is easier for parents to understand and is more inline with what Snapchat’s terms of service.

Another example is the popular game Clash Royale that makes millions through impulsive in-app purchases. The game makers themselves say that their game is for those 13 or older, yet Clash Royale is rated 9+ on the Apple App Store and 10+ on the Google Play Store.  Clash Royale like many other games also has unmoderated chat where swear words are used and personal information could be shared. Further reason to be cautious about App age ratings.

There are countless other examples. So it’s best to know what your kids are installing on their devices and Boomerang Parental Control goes a long way in providing with you with the knowledge to raise your kids in this digital age.