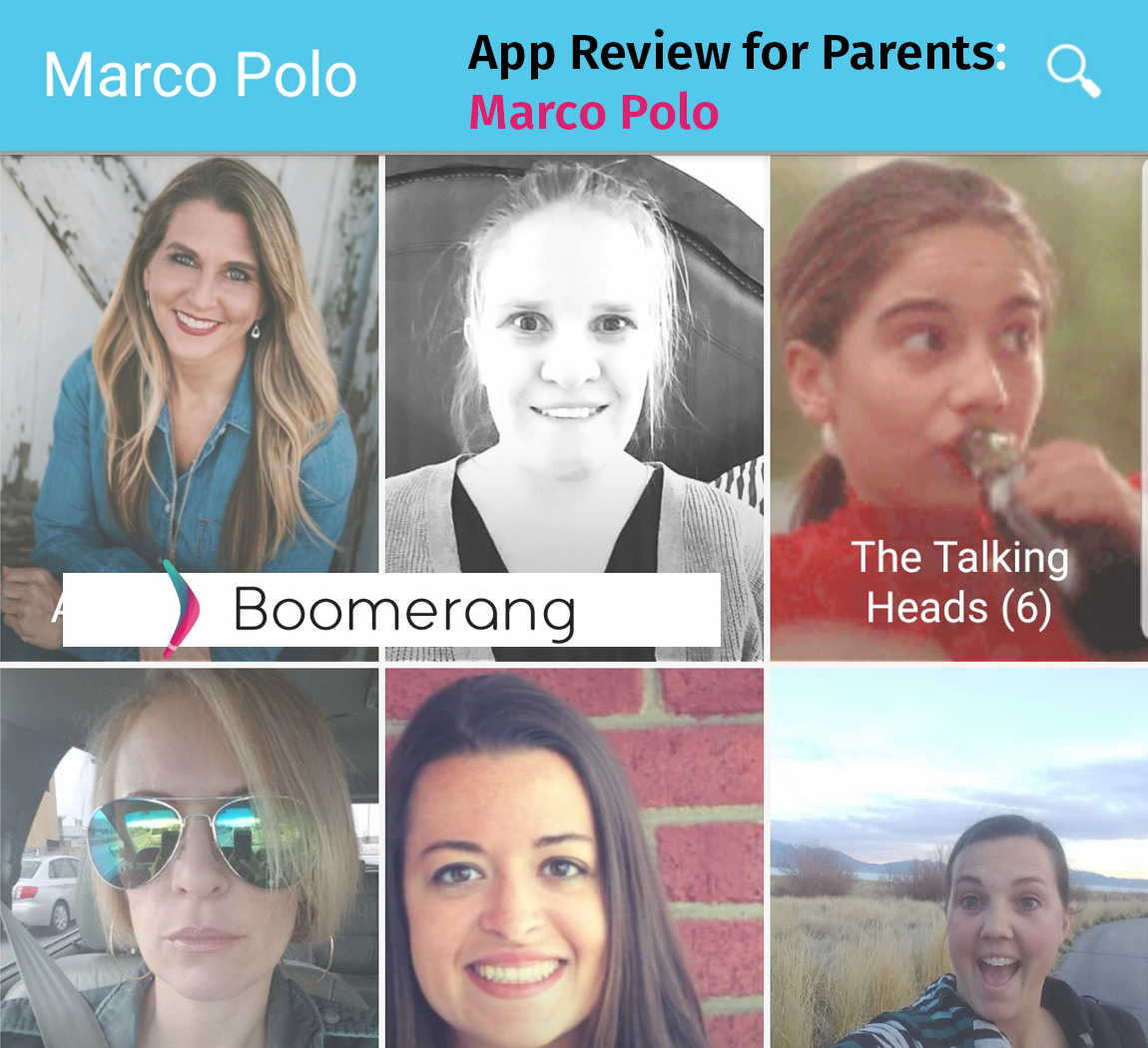 I have to be honest for a minute here, Marco Polo is probably the most used app on my phone currently. I absolutely love using Marco Polo to communicate with friends, family and more. So, this might be a slightly biased review, but hey, it’s a REALLY great app!

Marco Polo is considered a video walkie-talkie. When you open the app it will allow you to add friends to your Marco Polo by scanning through your phone’s contacts. It won’t allow you to find someone on Marco Polo that you don’t already have a phone number for. I love that it’s limited like this so strangers won’t be able to find your children through the app because they don’t have their phone number.

You can create different groups, and even give them unique names, like your last name for a group with all of your siblings, or a fun name your kids said about your group. My group with my six good friends is called “The Talking Head” because one of my friend’s son said “I want to watch the talking heads” when he was speaking about how we always talk to each other through Marco Polo.

You can also just speak to individuals if you don’t want to create a group. It has become my default method of communication. I almost get a little annoyed when I actually have to text someone because they aren’t on Marco Polo. It is absolutely easier to hit start and speak your text. You are not limited on time, so if you have a big rant you can just keep going.

You also cannot be interrupted like during a live chat. It’s a call and response type of app. You can watch as your friend is recording live, or you can view it at a later time when it’s convenient for you. It also saves all the old messages, so if you ever need to refer back to one, you can pull it up again later.

You can send images through the app, draw or write on the screen during your video, and even use a couple filters to change your face or your voice. The filter selection is not nearly as robust as Snapchat or Instagram, but I mostly use the app to communicate with my friends. I don’t need dog ears to do so.

What Should Parents Watch Out For?

As I mentioned previously, the app is pretty safe for kids to use. They are unable to communicate with anyone until they have their phone number programmed into their device. The only real problem at the moment is that there is the ability to delete your own messages. This means they could be sending inappropriate things to their friends and then deleting them before you have a chance to check up.

As I mentioned, I adore Marco Polo, so I am completely on board with kids who want to use it. I can tell you that I truly believe it has improved my relationship with my friends and family. The face to face interaction really helps open the doors of communication. It can help teach your children how to communicate properly with others, instead of over text messages. Some of my friends even claim it has helped with depression since the users feel less isolated, but that is definitely not backed up by any sort of scientific study.

Marco Polo
How to Set A Time Limit O...
Apps To Help Your Kids Ge...