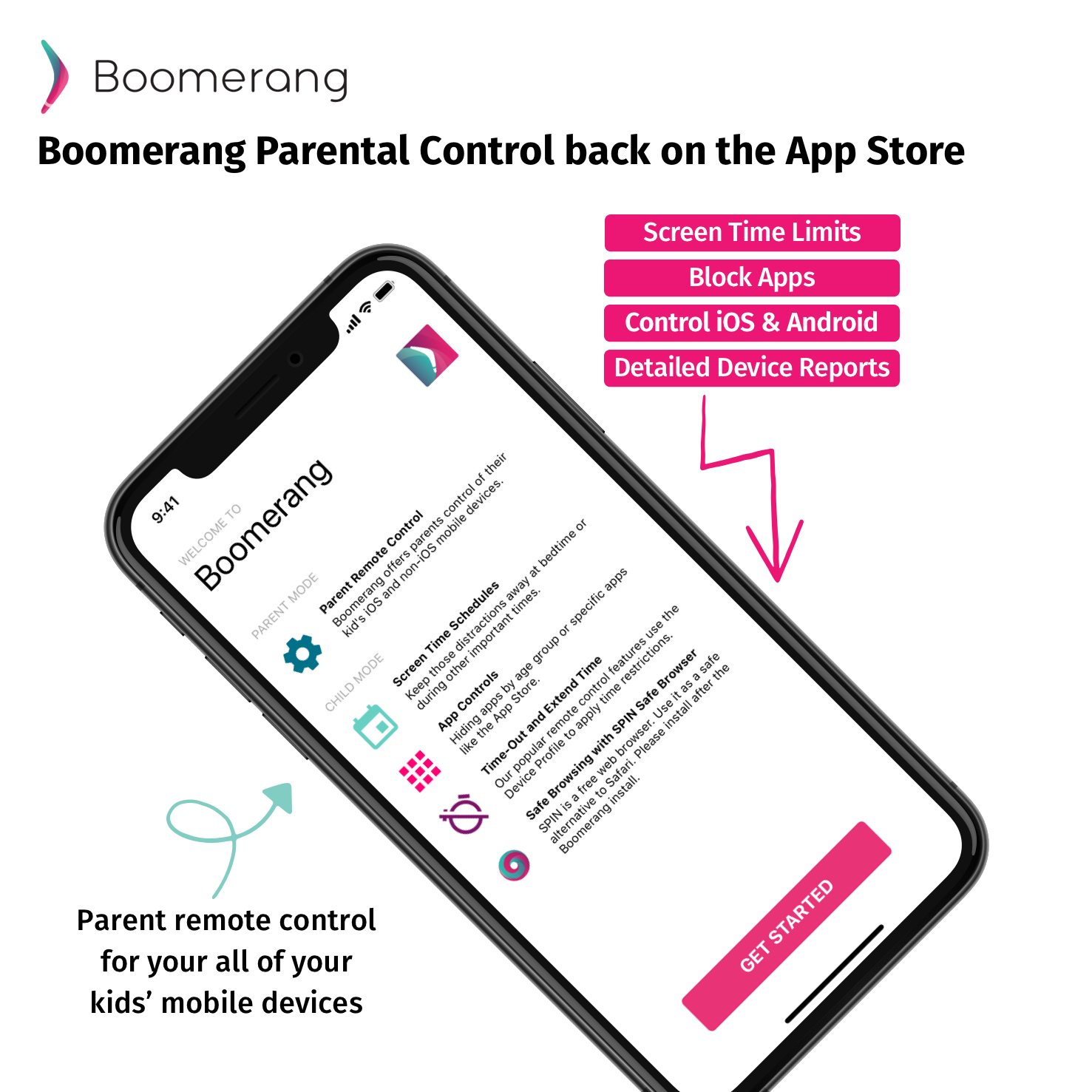 Boomerang Parental Control is back on the App Store. Apple made changes to their App Store Review guidelines at their annual Worldwide Developer Conference (WWDC) back in June 2019 which reversed their decision to ban apps that use MDM (Mobile Device Management).

Same Features as Before

A Bit of Background

We always felt the timing of the ban on parental control apps was suspect since Apple had released their own screen time features in iOS12 in September 2018.

Apple’s concern was related to security and user data sharing with third party analytics and other services. MDM does allow a developer to control iOS devices beyond just a simple app. It is used by many organizations safely and securely.

Parental Controls were using a similar approach which in fact required less access to the devices’ data. The New York Times article published on April 27th, 2019 put a spotlight on how Apple’s decision in 2018 affected several of the most popular parental control app on the App Store. Following the article, many of the top competitors affected by Apple’s decision (including Boomerang Parental Control), collaborated to create a technical proposal named “Screen Time API”. The goal was to show the public and Apple that such controls and user data can be handled in a safe and secure way while using a combination of app permissions and MDM. The document was shared via the Screen Time API website. We were not successful in getting Apple to add this API to iOS but in June of 2019, Apple updated its App Store Review guidelines to include a dedicated section for parental control apps and the use of MDM (also called a Device Profile) for the purposes of parental controls. For those interested, section 5.5 in the App Store Review guideline. The process now requires us to ask for permission and review on an annual basis for the rights to use the Device Profile technology. We welcome this as it will make sure that apps using the MDM technology are approved by Apple and minimize any abuse (we are not aware of any).

This entry has 12 replies