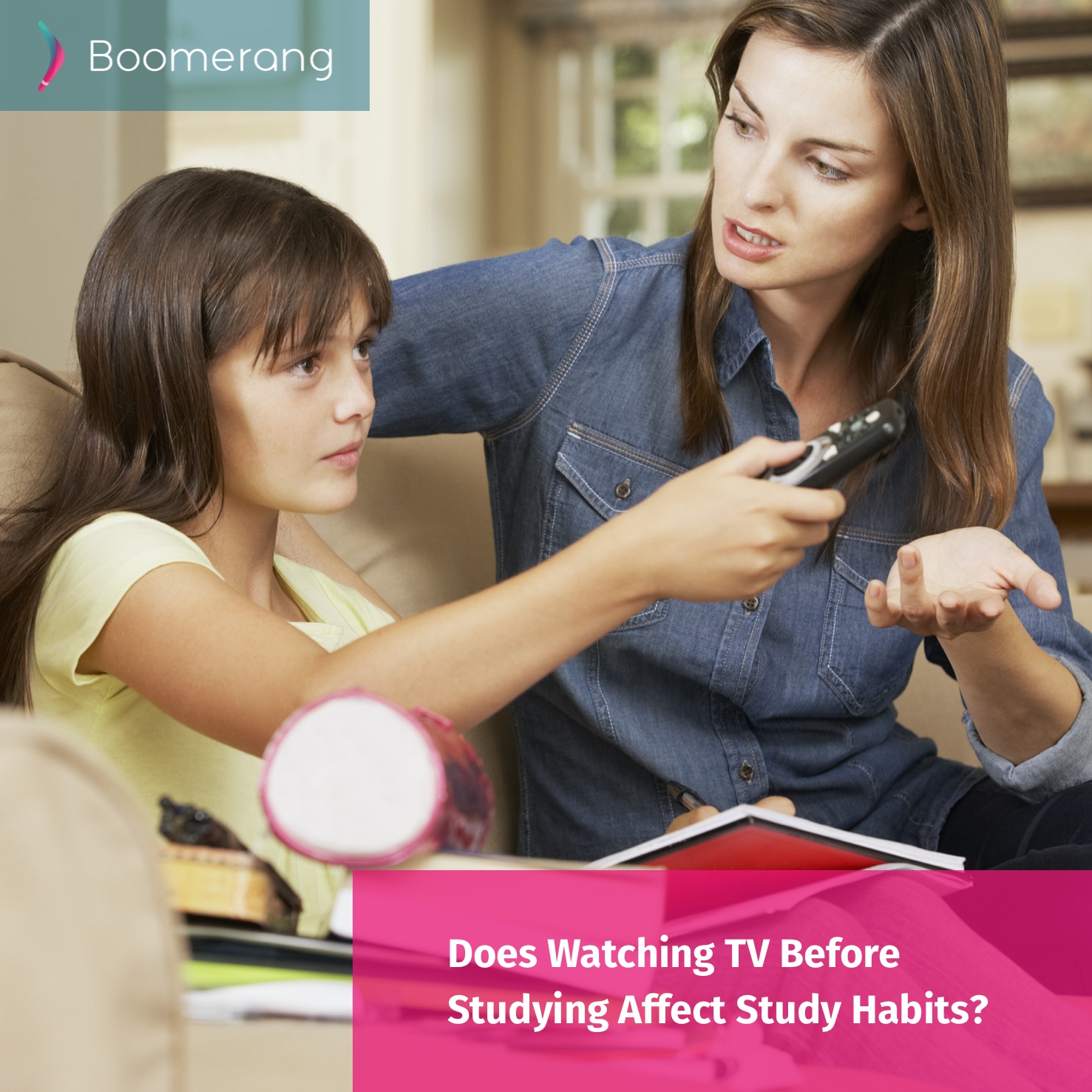 In today’s age of technology, TV’s are everywhere. They are mounted on the wall in doctor’s waiting rooms, are located in every room of the home, and even carried around in our pockets in the form of smartphones. There is no doubt about it, TV’s are inescapable and can be quite distracting. This is especially true at homework time. TV’s can have adverse implications on study habits. They can also affect the study habits of children who watch TV before studying. Here are some tips to improve your child’s study habits and help set them up for success.

Children Should Not have a 65  Inch TV in Their Bedroom

A 2005 Stanford University School of Medicine and Johns Hopkins University study reported that children scored between seven and nine points lower on standardized reading and math scores. Considering this study was done before the tablet and smartphone invasion, an argument could be made that the test scores are affected more than ever before.

These children in the study also were found to study for longer lengths of time when they had a television in their room than children who did not have a TV. The fact that televisions are distracting is the main factor for this anomaly.

In 2018 approximately 71 percent of American kids, ages 8 to 18, had a TV in their bedroom. Further, in 2013, 75 percent of children eight years old and younger had access to a smartphone or a tablet. This poses some serious questions as to the long term implications and the successful study habits of our children.

The simple solution: don’t let your child have a television in their bedroom.

The short answer is yes. It is recommended that you should use television as a reward after you get a certain amount of studying done. The reason for allowing TV time after studying is so that your child has ample time to study and doesn’t run out of time to complete their homework if they spend too much of it watching TV before doing homework.

As children get older, they tend to have more homework at night. With extra-curricular activities, some students only have an hour or so to get homework done from the time they get home from sports practices, tutoring, dance, scouts, etc. If they waste that time watching television, with the excuse that they need to decompress, they won’t get their homework done, and their grades will suffer.

If you find that your child is chronically running out of time at night to get their homework done, you may need to reevaluate the number of extracurricular activities that they participate in or work out a better schedule for them to get their schoolwork done in a timely manner.

Part of homework is learning how to correctly budget time. If your child wants to do sports, wants to watch television, wants to be able to play outside after school, and needs to eat dinner, they need to be good at managing their time.

If you start instilling sound time management systems early in their education, as your child gets older, they will be better at organizing their time on their own. Once they are in college, your child will thank you for setting them up to face schoolwork on their own.

If you are horrible with time management, perhaps sit down and put together a schedule with your child. Aim for it to be something that can easily be accomplished and not a system that can be busted open and thrown out the window if you get stuck in traffic or if the team bus is running late returning from a game.

Be sure to remember that watching television within a half-hour of bedtime can make it hard to fall asleep. The lighting from a TV can stimulate the brain, rather than help it to settle down. So, if you build TV time into your child’s schedule, make sure that it won’t hinder their ability to get a good night’s sleep.