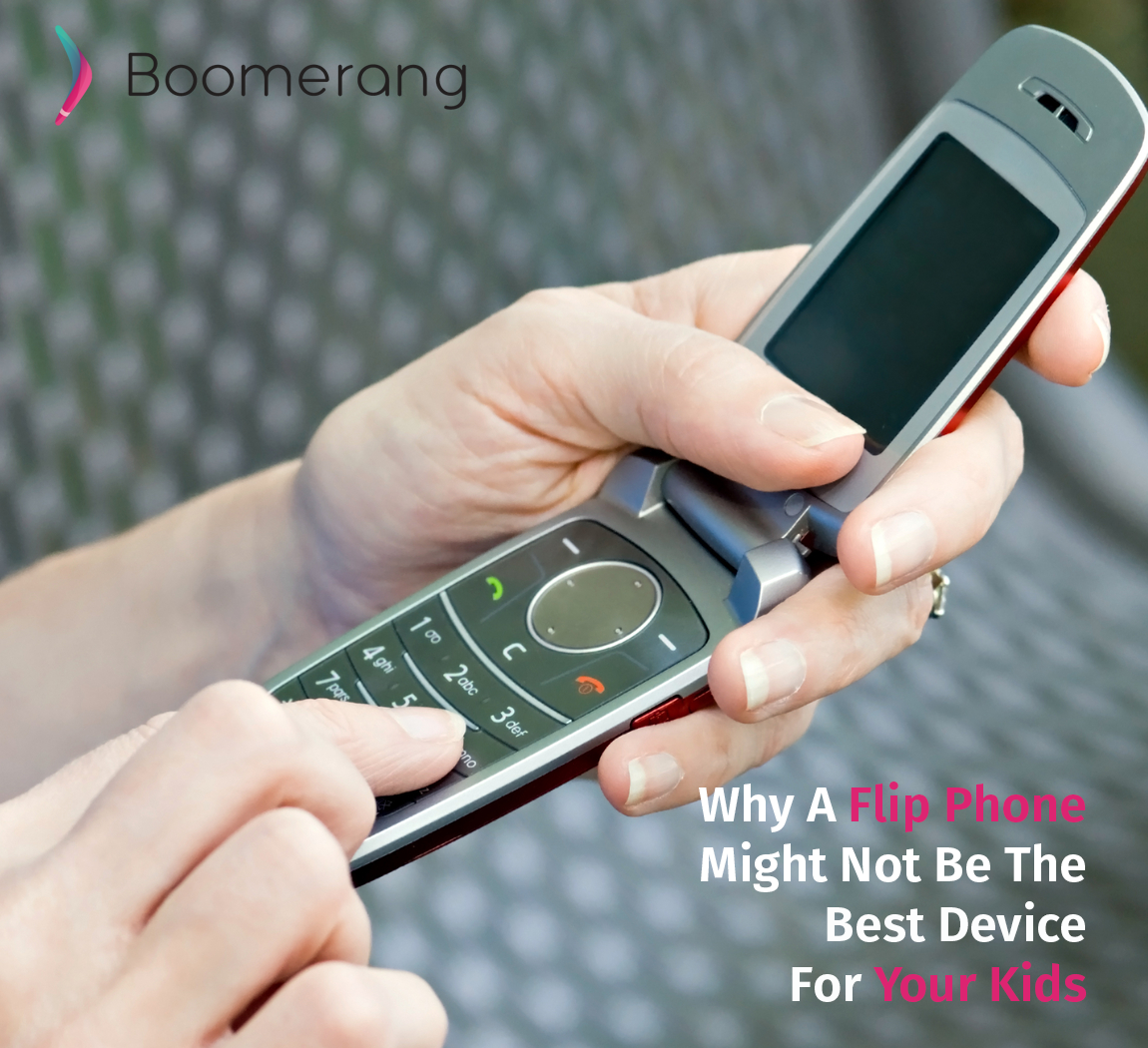 One reason parents decide to give their child a flip phone is that they feel their child is too young to have a smartphone. They also want to make sure that their children are unable to access all of the apps that you can install with a smartphone. Unfortunately, modern flip phones are not quite as safe as people might think.

Flip phones are extremely basic. This is the main appeal for many parents. The devices still have access to the internet though, and as such, they have the capability to view YouTube videos, check social media websites and more. Sure the sites may be harder to pull up and harder to navigate, but teenagers can sure work hard at something when they want to.

Without access to an app store like Google Play, flip phones do not have the applications or capacity to install parental controls. This means that your child’s texts, calls, and activity on the device cannot be monitored or controlled. There usually aren’t any built-in parental controls on the device either.

The ability to monitor and restrict access to the device is an important part of teaching your children how to use technology responsibly. Without controls or app restrictions, your child could spend all day watching YouTube, or be communicating with someone on their flip phone and you would have no idea it was happening.

Along with the lack of parental controls, you also lose the ability to limit the time they spend on their device. Sure the phone may only be able to browse websites and play Snake, but they could be doing that all day long. This also doesn’t allow you to restrict texting in the middle of the night or during school hours. As a teen, I remember sitting and talking on the phone for hours at a time. While many kids these days don’t actually talk on the phone, they do text, and a flip phone will not prevent them from texting at inappropriate times.

While flip phones don’t usually have access to the entire Google Play or Apple App Store, there could be apps your child could download on the phone. There are games and even some popular apps. By giving your child a flip phone instead of a smartphone you can give them a free pass to install anything they want.

The best plan of attack is to skip the flip phone and get your child an Android phone that can be controlled. You can lock a smartphone down even more than you can a flip phone by creating settings and limits through a parental control app like Boomerang. Plus, who really wants to go back to T9 texting anyway?

android parenting smartphone tips
Top 5 Things to Do When I...
Boomerang Parental Contro...

This entry has 15 replies