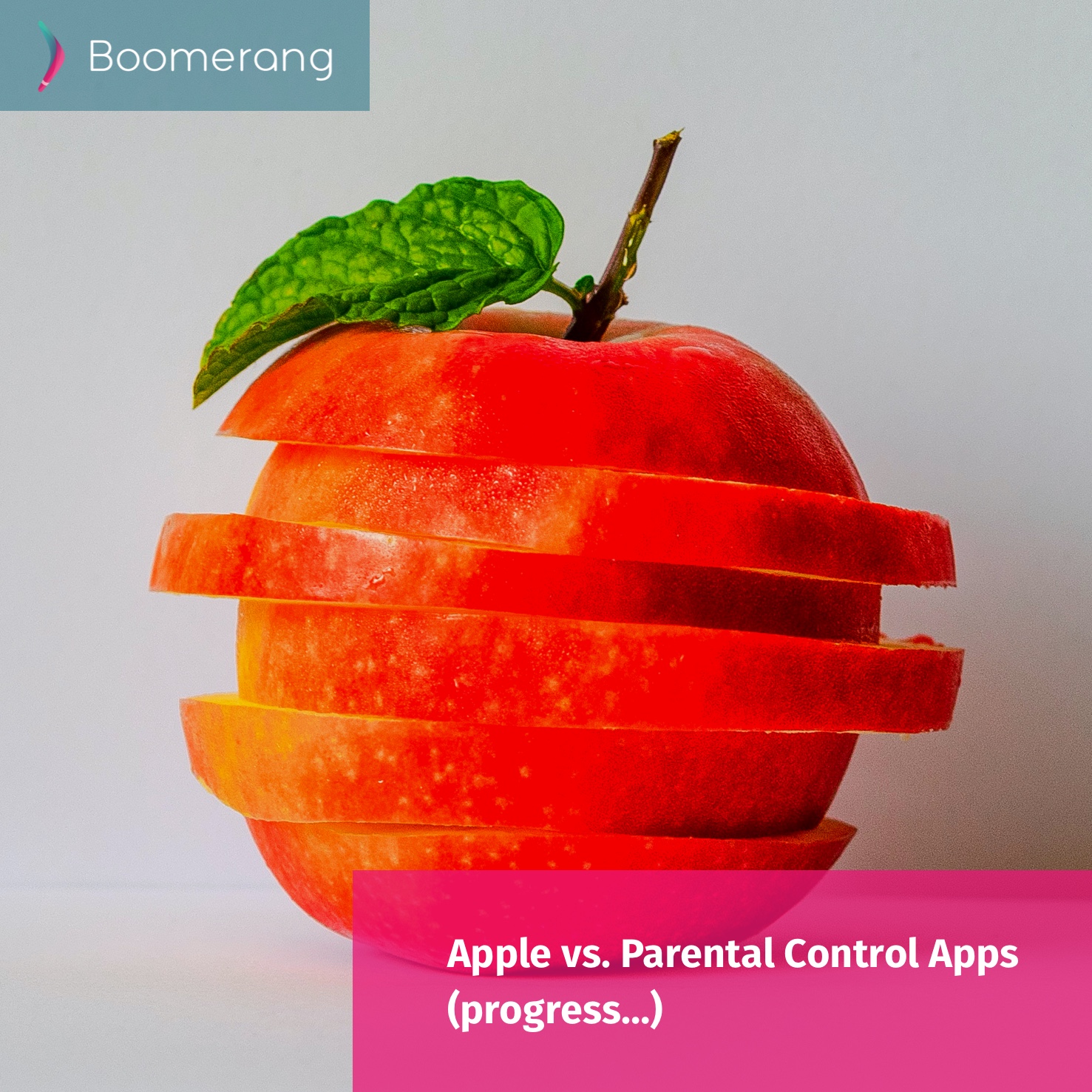 A bit of background

In the fall of 2018, Apple released screen time features built into iOS 12 which mimicked many of the core concepts third party parental control apps, like Boomerang Parental Control offered on the App Store. Earlier in the year, following Apple’s WWDC conference, Apple started to block updates to third party parental control apps, including warnings to a few of us that our apps would be taken completely down from the App Store if we didn’t comply. The complication was that our apps used a Device Profile – technology that Apple provides third parties to manage iOS devices remotely and had been used for years by schools, enterprises and parental control apps – and Apple took the stance that this was a privacy / security concern of theirs and apps on the App Store couldn’t use a Device Profile any longer. The full timeline of our experience is well documented in our other post – Letter to users about Apple parental controls.

Fast forward to now. Apple, Amazon, Google and Facebook have all faced a preliminary antitrust hearing in July while pulling record revenues in 2020. These hearings were streamed live on YouTube back in July (it’s over 5 hours long!!). The highlights for third party parental control apps start at the 4:11 mark of the video, when Rep. Lucy McBath asked Tim Cook about Apple’s approach in banning parental control apps for over 6 months on the App Store – it’s quite amazing what Mr Cook replied. I also took a snippet of this round of questioning/answering in a Twitter post with some of my commentary 😉. Add Russia and Europe to this conversation where antitrust trials are already in progress vs Apple’s approaches on their App Store, including their abusive treatment towards third party parental control apps.

So back to Kaspersky who filed a complaint in Russian courts vs Apple in early 2019 with their trial starting earlier this year. 2 weeks ago, Russia’s competition authority found Apple abused its total control over the App Store. This week, the Federal Antimonopoly Service of Russia has issued a formal noticed to Apple that they must comply by November 30th, 2020 on the following:

Apple has been issued a Corrective Action Order, according to which it must remove from its documentation provisions that give it the right to reject (exclude) third-party applications from the App Store for any reason, even if they meet all the requirements

These developments do not fix any loss of revenue and negative impacts on our businesses but they do bring to light the confirmation that Apple was never a fair partner in this conversation. Their guidelines have continued to narrow to help them sell more of their own services and third party parental control apps are not unique here – many other app categories from games like Fortnite, tracking app Tile and music streaming service such as Spotify have all flagged Apple’s behavior in the past year. Eugene Kaspersky says it well in his blog post about this ongoing issue: “Domination in a market isn’t unlawful under antimonopoly rules. However, companies that dominate have a special responsibility not to abuse their power by limiting competition.” The latter part of this is where we find ourselves fighting our businesses.